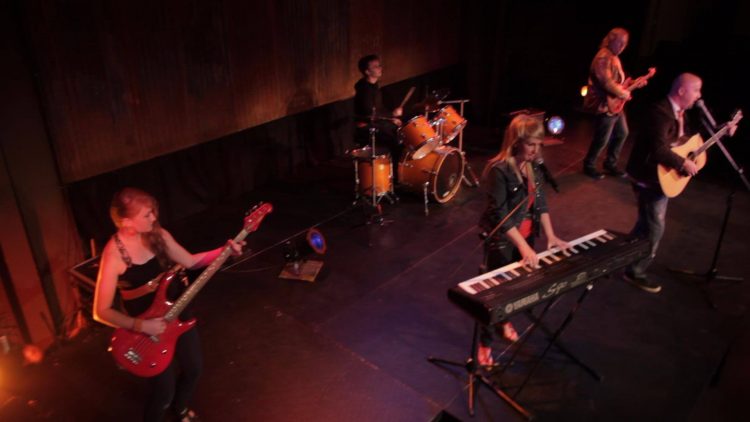 “…I will put my law in their minds and write it on their hearts. I will be their God, and they will be my people.” Jeremiah 31:33

covenant: a formal and serious agreement or promise

Husband and wife, Patrick and Heather Eddolls, have led corporate worship for over 15 years. In the midst of serving their local church, God began to give songs to Patrick that the couple felt were intended to reach an audience beyond the four walls of their congregation. Stepping out in faith, the couple pursued the Lord’s leadership and teamed with drummer Joshua Eddolls, lead guitarist Dave Schreiber, and bass player Ashley Eddolls to form Covenant 31, a name inspired by Jeremiah 31:31-34 and the new covenant the Lord established with His people. This passage has become the foundation for the mission of Covenant 31, committed to sharing with listeners the message of hope through songs.

Since their formation in 2008, God has been very faithful to Covenant 31 and their pursuit of His call upon their music and ministry. God has opened doors for the band to tour extensively across Arizona and California, including performances to tens of thousands at the Rage Christian Music Festival, Spirit West Coast Monterey and Del Mar and at the 2012 Rock and Worship Roadshow tour stop in Phoenix, after being named the Arizona “Battle of the Bands” winner by MercyMe. Since 2008, Covenant 31 has played with artists MercyMe, LeCrae, Hawk Nelson, Disciple, and Sidewalk Prophets. Covenant 31 teamed with Matt Maher at a Celebrate Recovery event in September 2013.

During the summers of 2013 and 2014, Covenant 31 performed at ELEVATE with Third Day, Casting Crowns, Jeremy Camp, News Boys, Jars of Clay, Tenth Avenue North, Matthew West, Rend Collective Experiment, Jason Gray and Jonny Diaz. The band continues to release successful radio singles heard on over 750 stations worldwide. Since 2011, Covenant 31 has been blessed with the opportunity to record with world renowned and multi-Dove Award winning and Grammy nominated producer Ed Cash. Ed and his brother, Scott, worked together to produce the band’s 2015 single “Stronger,” and their upcoming 2016 release “Whole Again”.